A quick bit of world building I'm throwing out before Saturday's D&D game.

The Frost Peaks form a natural border to  the West. The Great Eastern Fringe is comprised of a sweeping wasteland and fetid swamp. The Northern border is shared with the forested lands of Mishcinsen. The South is a wide plain that is dotted with small clumps of forest. Between all this is the land known as Midlund.

The central city of Midlund is known as Stoneskeep. A city of a few thousand citizens set along the grand Metedras River. The central location and availability to the river make it a prime location for travel and trade.

Along the Eastern Fringe where the Metedras empties into a fetid bog one can find the town of Wychlight.  It is the last bastion of civilization before one travels into the dark and dangerous Twilight Fens. Basement ready as possible for this coming weekend.

We have been slowly getting everything together for a nerdy gaming friendly basement.
Paint is complete. Assembly is complete. Cleaning is complete. Display is almost done.
This coming weekend looks to be the official christening.

It isn't completely done, but as they say...close enough for government work.

Here are a few of the sights to see so far. 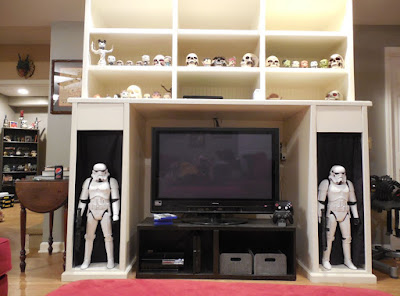 Stormtrooper flanked electroic entertainment zone.
Ton of skulls and Pops above.
Skulls are sort of thing I do. 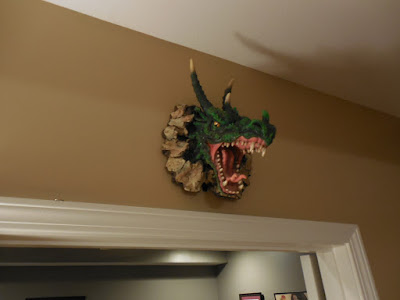 Dragon head above the lintel. 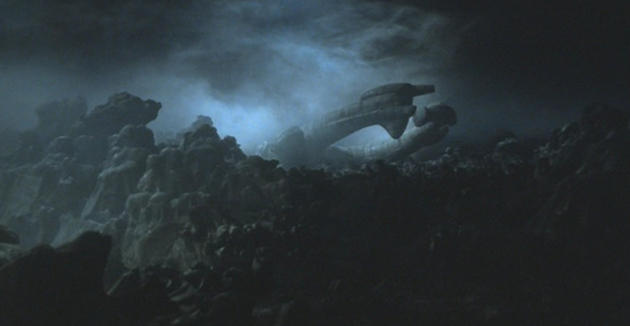 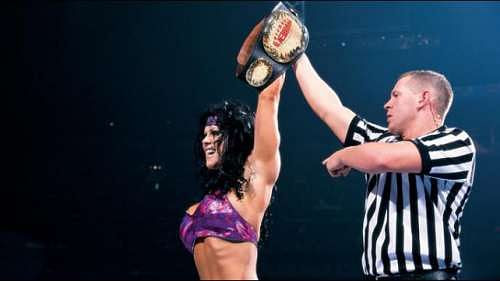 I remeber her when she came in with D Generation X.
A giant woman who was part equalizer and "manager."
She eventually went the way of ladies in wrestling.
Both parts scary and kind of hot in an amazonian warrior way. 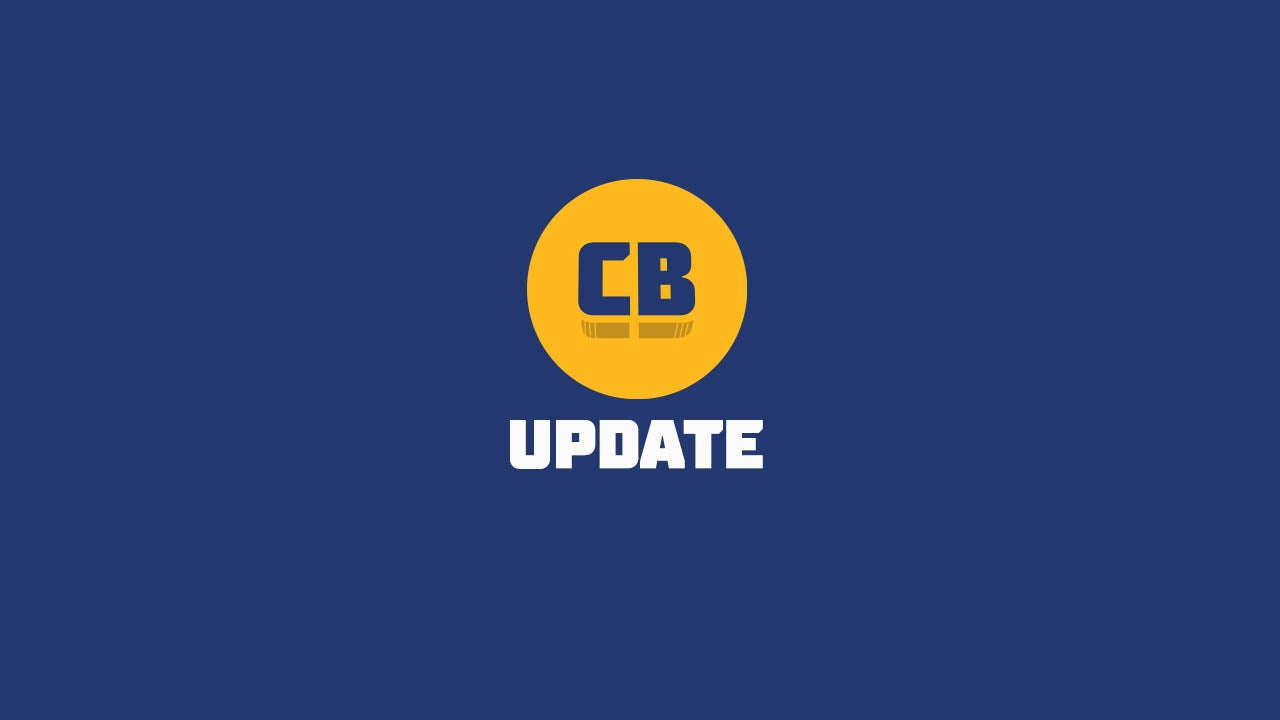 I am a fan of Prince and I'm not ashamed to admit it.
The guy was great at his craft.

Look at his catalog of music.

If there isn't at least one song of his that you enjoy, well then you are probably not a fan of music. 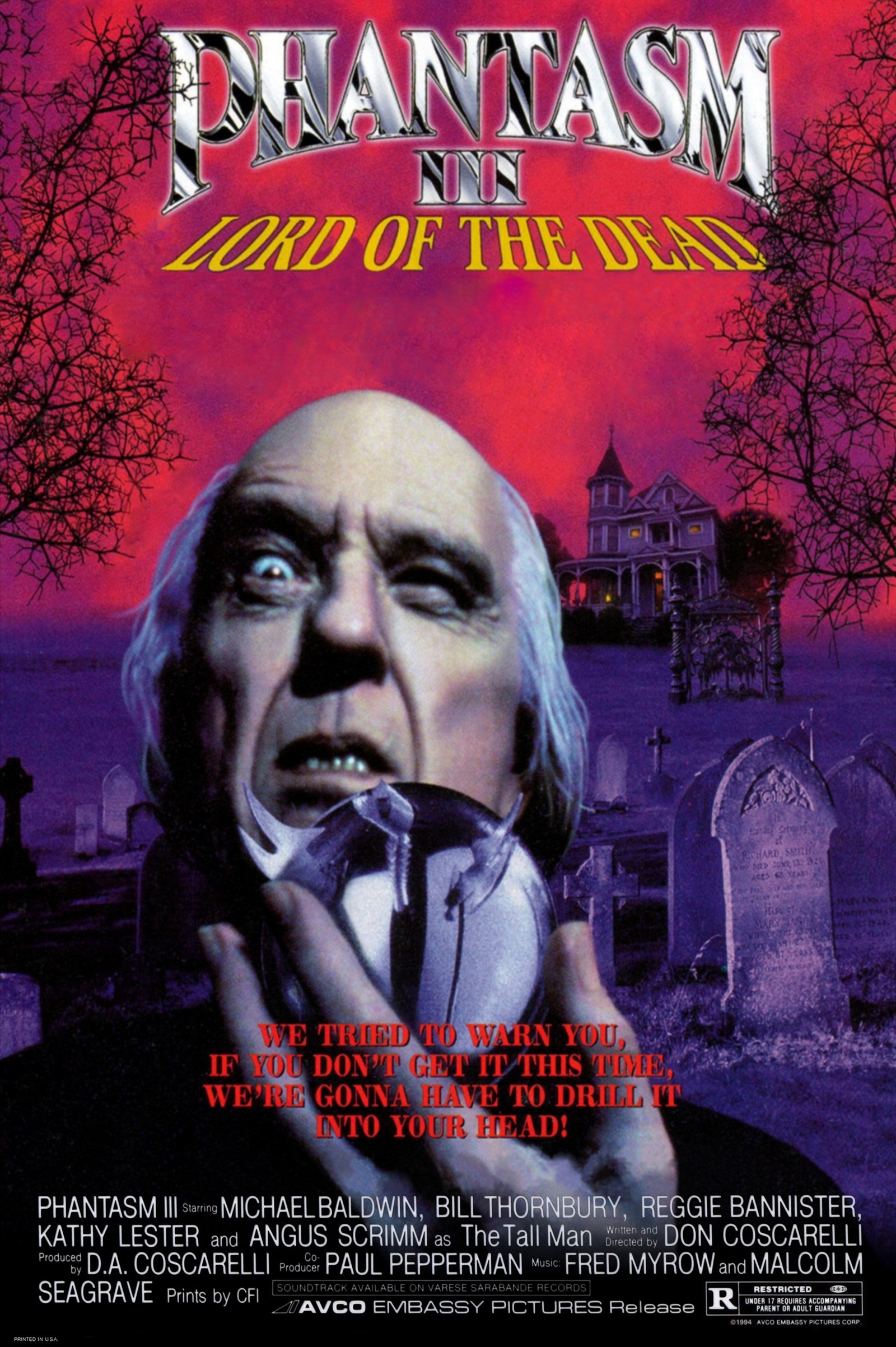 The passing of Angus Scrimm gas finally made me get motivated to see the remaining Phantasm movies. I had a real hard time getting through the first phantasm movie, but I love the sequel! Here is to hoping that the third part is not like the first movie?

As per usual the plot of these films is all over the place. The movie starts where part II ended with Reggie, Mike and Liz escaping in a hearse. This goes sideways quickly with a wreck, Liz dying, Mike in a coma and Reggie escaping the Tall Man.  After a silly hospital stay, Mike starts seeing his dead brother Jody. Jody is now  one of those fun flying silver orbs. The Tall Man continues his quest to grab Michael and saying “BOY!” all creepily. He does manage to eventually nab Mike and of course Reggie chases after him.

.....the Leatherface of the Hordes universe. 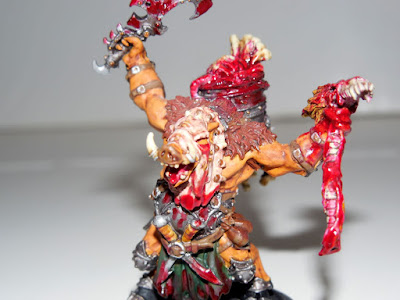 Midas is done in all his bloody bone grinder fashion.
Not sure if he will survive to MKIII. 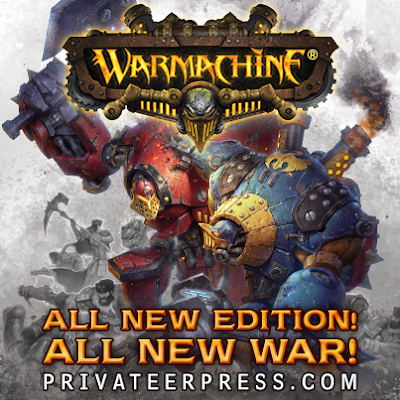 Out of the blue this week came the release info for Privateer Press games 3rd edition or MKIII.

Now I have been through 4 editions of 40K  and as many editions of D&D. I know what comes with a new edition of a game. Well I know with those systems. This is my first edition change with Privateer Press. I have no idea what to expect.

There are pretty pics of new boxed sets and a ton of noise already flying about. I've learned to ignore all of that and just wait for the release of the new book.

All I hope is that they don't change the core game mechanic. The 2D6 plus a set stat for everything works really well. I hope that doesn't change.

Is there anything I hope changes?

I also hope that the units already in existence don't go away. Even the models I will never own and could care less about. Remember just because you or your area doesn't like or use a model/unit, it doesn't mean they are a favorite somewhere else.

I guess if the change it too overwhelming or they remove a ton of the druids, troll and pigs I own: then our home will be a MKII home. It isn't like we cannot still enjoy this game without playing the new edition.

All will be noise until this summer. Ignore it. Don't feed into it. Don't spread it.
Play MKII until you no longer can. Then let the interweb explode with new rules and such.
However, that is me being rational and we all know the interweb is no place for that.

Forgot I had pics of all this stuff too.
Mostly just cool tables and terrain. 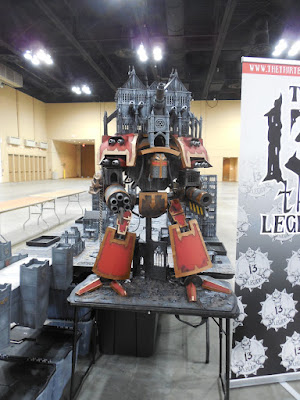 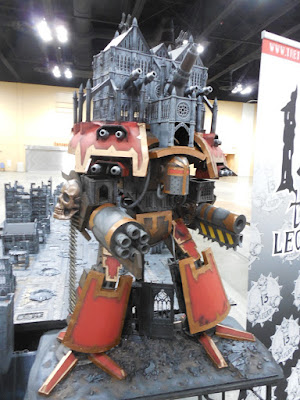 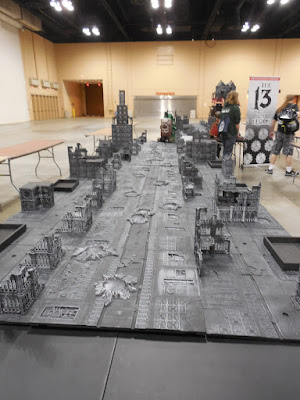 Adepticon 2016 demos and stuff I did

While at Adepticon I played a few demos and two versions of the Star Wars RPG while everyone else there was in one tournament or another.

A post apoc mini game. It is a D6 game with dudes from various factions like every other game. I played these drifter guys that were the typical wasteland gangers. I was opposed by two models that were from the super science faction. It was kill everyone scenario. I had numbers and poor tech. He had laser guns and armor. Needless to say I swamped his guys and won. Only lost/sacrificed one dude in the process. I was never really sure what was going on here it was run way too fast. I just knew I had stats and action points and was D6 for stuff. It seemed pretty brutal and unforgiving with the way dice kept stacking in close combat.

The models were meh. I think they were true 28mm and not the best sculpts. Flipping through the rule book it does have some descent fluff and the ability to play “vanilla” or tailor your forces. There even looked like there was an RPG style of play as well. An awful lot in their rule book and multiple playstyles. Options are always good. In the end it felt like Mordheim for the Fallout/Mad Max crowd.

They were hard sell guys too. That was really off putting. I tried your game and was done. I didn’t hate it, but trying to force it down my throat after a 20 minute demo is a sure fire way for me to walk away. 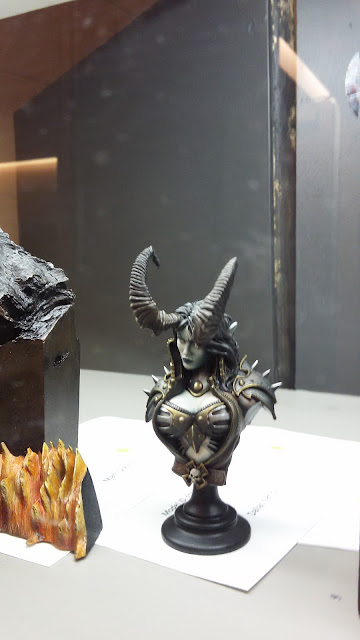 A tiny sample of the fantastic stuff that was in the Crystal Brush competition.
Nothing to really comment about. Just look and enjoy. 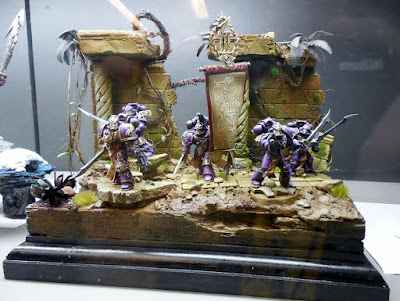 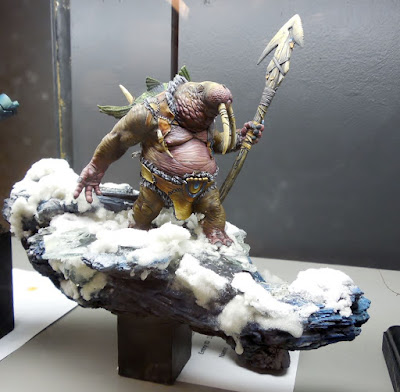 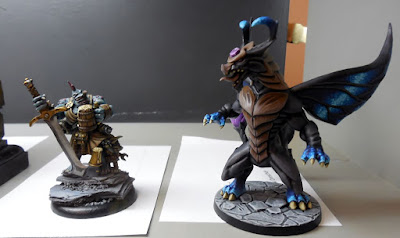 Adepticon 2016 some pic of models 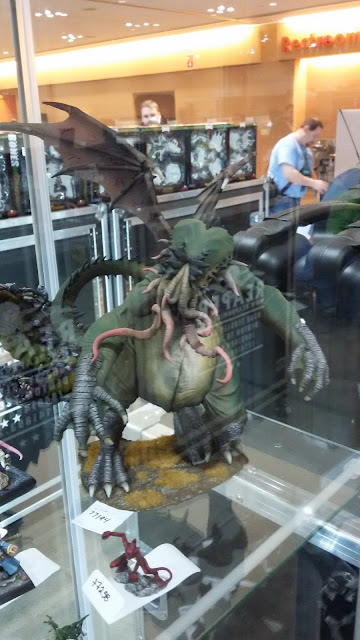 It is not a convention without Cthulhu!

There were a ton of beautiful fantasy armies here. I wish I could have gotten more pictures of them. 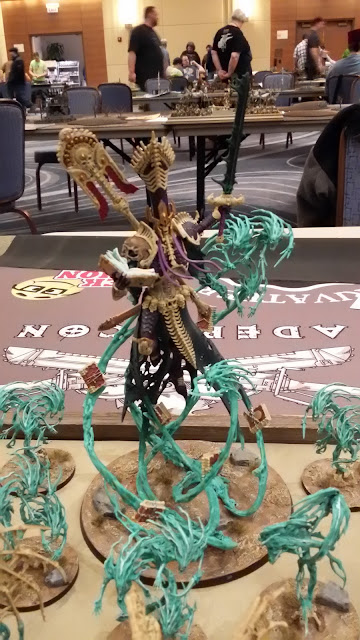 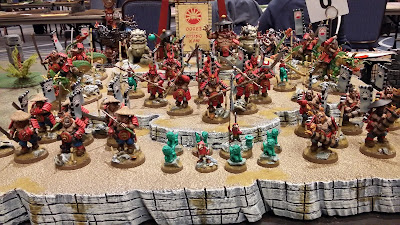 Alright Season 6 of The Walking Dead is complete.

I am done with that show!

This season has been a bit of a drag and after the finale I have ample reason to not return to this series.

The disenfranchisement started earlier this year with the horrible Glen is dead or is he!? After that nonsense it only got more annoying.

The constant over hanging Negan/Saviors build and story was tedious. like I need another drawn out story: Sophia, Terminus, Beth, 1st time Glen might be dead.

The heavy handed foreshadowing and clunky story telling is too much for me. A few annoying examples. Wow! That building sure looks rickety. I hope it doesn’t fall onto the Alexandria wall sometime this season. Wow! That side character is giving some thought provoking speech that is positive. I bet they don’t die any time soon. Wait yup they do. All of them all the time. We have an giant arsenal of weapons, but fail to use them properly when we should. Our zombie survivor group and walled city population is incredibly competent until it serves a purpose to be complete morons. I doubt anyone will notice. Pick one or the other it shouldn’t be both! Hey look Glen is looking at polaroids of people with their heads bashed open. Look a bat. Look there is Glen. Look there is a bat. Look there is Glen again. Maggie commenting on how the deal struck with Hilltop to stop the Saviors is going to cost them something and then slow shot of Glen outside. Last night seeing Lucille and then a 10 second shot of Glen. WE GET IT GLEN DIES IN THE COMIC! HE GETS HIS HEAD CAVED IN BY NEGAN! GET ON WITH IT ALREADY OR MOVE ALONG TO SOMETHING ELSE! 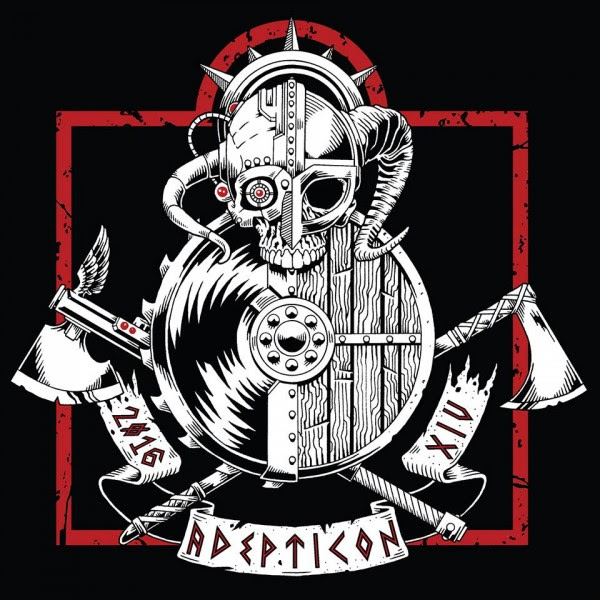 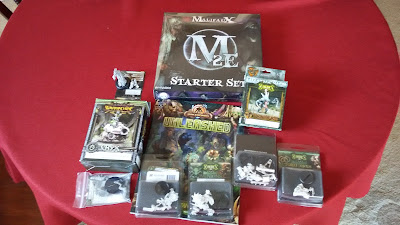 Got back Saturday to dump off my goodies nap and then hit some D&D.

Two and 1/4 days at Adepticon was more than enough to try new stuff.
See a ton of models and try a few games.

I walked out with the new a lot of Privateer stuff.
The new Unleashed book and Mist Speaker.
Mobius, Bog Trawler, The Desert Walker, a Night Troll, Razorback Crew, a Grifffon
and a Machine Wraith.

Got the Wraith and Griffon from the nightly bits trade/model dump for super cheap.
The rest, sans the newest releases, I got from the vendor hall at a huge discount.
Basically got Mobius for free with the discount he gave on five models.

Also nabbed the Malifaux starter set. After a proper demo I thought it was descent enough to buy.

I'll get a longer post about the games I tried and experience out this week.
Plus, I have a lot of pics to sift through and post as well. 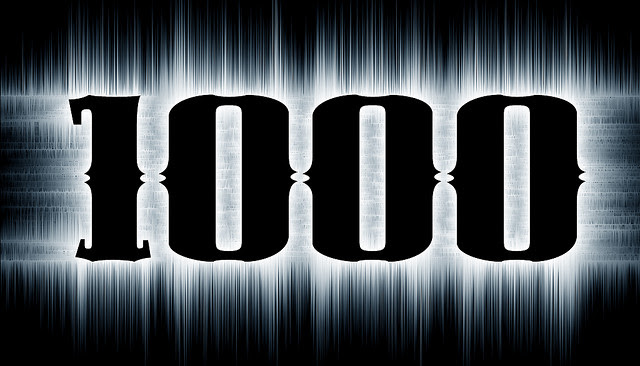 Hey! This is post 1000 for me.  A long time coming and a personal goal I didn't think I'd reach.
Thanks for popping in to see what the Hell it is I'm babbling about.