New kicks that give me sight beyond sight!

In a world where the gods know I need another pair of Chucks, I got me these sweet bastards! 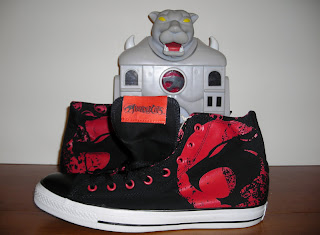 Yes these are Thunder Cat Chucks and that is the official Cats Lair in the background. These sweet bastards can be found at Journeys for a limited time. Cats Lair on the other hand, is quasi-vintage and not available anywhere.
One side is the standard Eye of Thundara and the the other side is.................

Some random floor pics that we took Saturday. It was mostly a Dr. Who dress up year as one could thorw a stick on the convention floor and hit some version of Matt Smith (with fez, cowboy hat or without). There was also a ton of female versions of Dr. Who. It seems the "youth" have really picked up on the 11th Doctor.
Anyhoo, on to the photos! 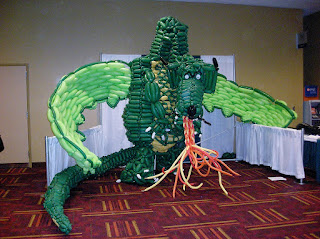 Home saturday nite and just kind of de-rezzed from the day in Indy. It was a pretty successful event for me. I didn't spend too much money and got a couple of really good deals too.

I was surprised to see Forge World stuff along with the Black Library stuff this year. While it wasn't a Game Day type showing, it was surprising to see them there. Sadly I still have trouble justifying any purchase from them. They have pretty models, but they are too expensive for my taste.

I love the booths for Wyrd and Privateer. They both have great selections of painted models and displays. I like some pretty painted models!

Last year Studio McVey showed up with a sample of their Sedition Wars stuff. It was great and hopefully they will make an appearance again.

.....have made a good showing the last few years as well. I'm not a fan of them online, but if I can get it at gen Con at a minor discount and sans shipping, then I will.
I can guarantee I'll be hitting all of these vendors to look at stuff and maybe even purchase stuff to paint. 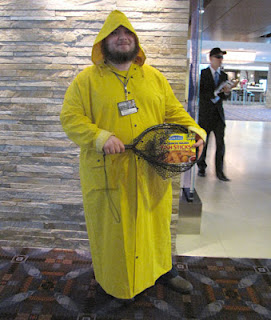 People in costume! I dig some costumed folks and/or cosplay people. Take the above neck bearded gentleman. This is great stuff in a sea of anime and Star Wars fan fiction costumes. Speaking of Star Wars costumes.............

Not to be missed by us is the chance for some nerd apparel. These two vendors have a selection of shirts that range from awesome to lowest common denominator lame.﻿ 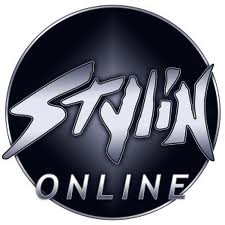 I never miss the chance to peruse their wares and usually grab myself some new geek regalia. If it involves general nerd/geekery of any sort these two vendors will have it on a shirt. However sizes and supplies are limited so if you see and want it, get it then! It will not be there later.﻿ 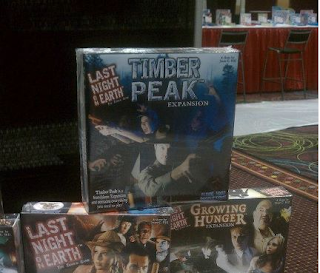 Escaping from the zombie-overrun town of Woodinvale, a handful of survivors make their way up into the mountains – but as they reach the small logging and mining town of Timber Peak, they discover that a new nightmare has just begun!

Last Night on Earth: Timber Peak is an action-packed standalone game as well as an expansion for Last Night on Earth. Introducing the brand new town of Timber Peak with a full set of game boards, six new Heroes (including three Survivor versions of Heroes from the original Last Night on Earth), four Generator objective pieces, a full set of 14 Zombies, a host of new Scenarios, rules for fire breaking out and spreading, over 130 new game cards, and a full Experience System for both Heroes and the Zombie horde to gain upgrades within the course of each game!
Flying Productions site

We love some Last Night on Earth (a zombie survival game) and the Growing Hunger expansion was great. Here is hoping that Timber Peak delivers the goods as well.
If you like games with zombies that are full of classic cinematic moments, common archetypes and a system that is basically "screw your opponent!" then Last Night on Earth is winner!﻿
Posted by ian!!!! at 12:30 PM No comments:

The first thing I'll be looking forward to at Gen Con, that is if it has made it there.﻿ 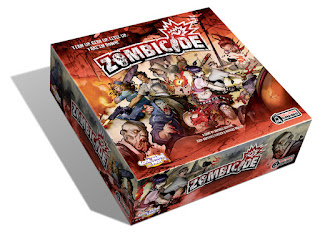 Take the role of a Survivor, each with unique abilities, and harness both their skills and the power of teamwork against the hordes of unthinking undead! Zombies are predictable, stupid but deadly, controlled by simple rules and a deck of cards. Unfortunately for you, there are a LOT more zombies than you have bullets...
Find weapons, kill zombies. The more zombies you kill, the more skilled you get, the more skilled you get, the more zombies appear. The only way out is Zombicide!

Zombies are a big love of mine fast or the superior slow version I love those crazy brain eaters!
I am hoping that someone will be running a demo of this game, or at the  least it will be for sale.

Today begins my yearly countdown to Gen Con Indy. Sadly I had slated two days to go this year, but will only be able to attend one. A new job will do that sort of thing. Still I'll have Saturday to run the main hall, look at painted models, meet lots of "interesting" people and see gods know what else.

So here is the beginning of what will be a very slow week that builds to a day of games, clothes, cosplay/costumes, neck beards, insane children with attached annoyed parents, some neckbeards and the elusive Turd Ferguson and his associate the B.F.S. (big fat stinkers).

I love me some Gen Con!

Yeah not news to people that have been playing for some time, but it is news for me. I got in a game of 40K 6th finally.
The Battle Company of Brother Captain Terik
(Blood Angels codex)
background here if you want to know more
HQ- Captain: power weapon hand flamers x2
Elite- Terminator x6 : assault cannon
Troop- Assault Squad x7: melta gun
Troop- Assault Squad x7: melta gun
Troop- Assault Squad x10: rhino x2 storm bolter, melta x2, power fist
Troop-Assault Squad X6: rhino x2 storm bolter, hand flamer
Fast- Assault Bike x3: Multi-Melta x3
Heavy-Predator: autocannon, heavy bolters, storm bolter
Heavy-Predator: autocannon, heavy bolters, storm bolter
The terminators are there for fun, not because they are the new hotness. I love the regular Terminators Squads. Nuts to those non-shooty assault jokers! I made a Seth model, but figured I'd try a bland Captain and save a few points. Plus two hand flamers to use the Gunslinger rule intrigues me.
Too much melta for this new edition? Well, I have no plasma Marines made, and probably won't since I always kill more of myself than the enemy. I have been a melta guy and will probably stay a melta guy. However, with new flamer rules....those might get new life in my force. I do enjoy burning things! This is what I am bringing to the table, a few vehicles, and three squads that can drop in from reserve. Plus a couple of tanks that can throw a lot of shots down range. Win or lose I care not. I just want to try this "new" game.

Recall or is it Rekall?

We saw the new Total Recall yesterday and.................wait....I need to preface this with something. I love the 1990 Arnold Schwarzenegger film! It is a great violent, splatter wound, mutant filled gun shooting bit one liner feast of awesome! A film released in 1990 with all the traits of a 80's action film. I loved it when I saw it in the theater and love it even more today as it has gained not only nostalgia but a ton of great humor and memories for me. 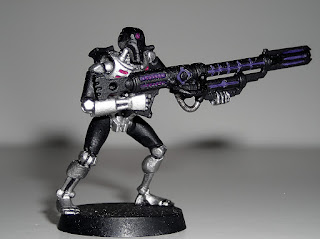 Since I had extra Deathmark bits from their box, I thought I'd experiment a bit. I have a few extra warriors lying around and decided to make a different looking Deathmark model.